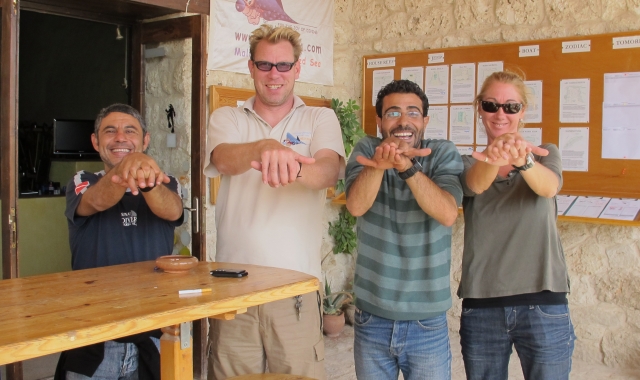 The team at the Oasis Dive Resort in Marsa Alam are thrilled to have green turtles nesting on the beach!

One morning at sunrise at the end of January, a guest observed a green turtle depositing her eggs on the beach just in front of the resort.  From the tracks leading to and from the water, the team think that it was one female.

They have created a diversion to the house reef jetty so that the stretch of beach is not disturbed.  The team are extremely excited about what will happen in a couple of weeks!  They are hoping to see the hatchlings at around the end of February.

Adult Green Turtles grow to 1.5 m long and reach weights of up to 200 kgs. It is speculated that they take 10 to 15 years to reach sexual maturity.  Individuals live up to 50 years in the wild.  Mating tends to occur just offshore of the nesting beaches between October and February.

The hatchlings instinctively head directly into the water. This is the most dangerous time in a turtle's life.  As they walk, predators, such as gulls and crabs, feed on them.  The baby turtles immediately seek refuge in sargasso rafts and have to swim up to 72 hours to far offshore areas, where they are believed to live for 5 to 10 years, feeding close to the surface.  Once the juveniles reach a certain age/size range, they leave the pelagic habitat and travel to nearshore into their permanent shallow-water lifestyle.

A significant percentage never make it to the ocean. It is estimated that only 1 of 1000 hatchlings reach sexual maturity!

The team at Oasis are looking forward to giving their hatchlings the very best chance!

Find out more about Oasis Dive Resort in Marsa Alam > 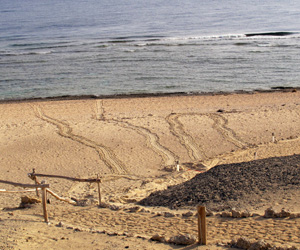 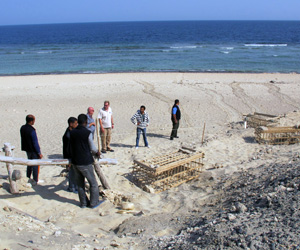 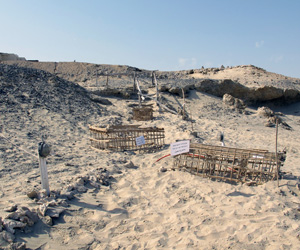