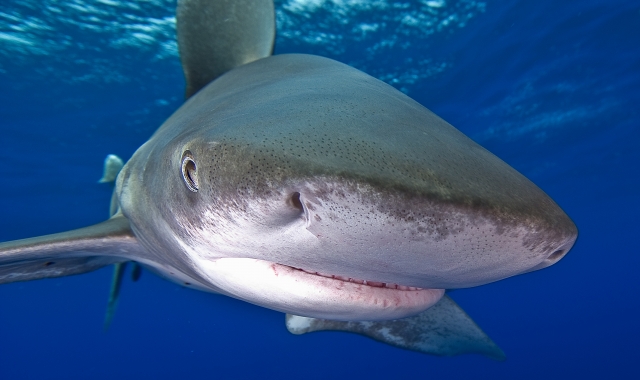 Galapagos Islands - One of the three corners of the Hammerhead Triangle in the Eastern Pacific Ocean. Here it is possible to dive with hundreds, and sometimes thousands, of Hammerhead sharks that are attracted by schools of fish feeding on nutrient rich up-wellings around the seamounts and isolated islands. The great thing about the Galapagos is that Hammerheads can be seen all year round, although June to November is much calmer weather.

Philippines - Malapascua Island is one of the few places in the world where you can reliably see the very rare Thresher shark.  Twin this with the small island of Cabilao, which offers some fabulous sites for seeing schools of Hammerheads in the winter months from December to April. Shark View Point (also known as Hammerhead Point) is the number one spot for Hammerheads, with sometimes up to 100 on one dive.

Layang Layang, Malaysia - This is a small oceanic atoll, 300km north west of Kota Kinabalu, off the coast of Malaysian Borneo in the South China Sea. Offering complete isolation, pristine reefs and steep walls plunging 2000m into the blue, Layang Layang has gained a well-deserved reputation for the quality and quantity of its pelagic life. Hammerheads are abundant during their mating season (April and May). Grey Reef sharks, Leopard sharks and even Threshers and Silvertips can also be seen here.

Egypt – The Egyptian Red Sea offers a huge variety of potential shark diving locations, however perhaps the most reliable areas for sightings are the offshore islands of the Brothers, Daedalus, Rocky and Zabargad. Here divers frequently encounter Oceanic Whitetip, Thresher and Grey Reef sharks. September and October are the best months for Oceanic Whitetips.

Azores – The new frontier of shark diving in Europe, the Azores is one of the best destinations in the world to dive up close and personal with Blue and Mako sharks. However, tracking down these majestic deep sea creatures is not for the faint hearted. The sharks are typically found around a seamount some 20 miles offshore. The adrenaline pumping dives are carried out in blue water and call for excellent buoyancy skills.

Sharks: Wonderful Beasts and Where to Find Them

Best Locations for Shark Encounters in 2017

Dive with the Bulls!

Save up to £660pp on must-dive Galapagos