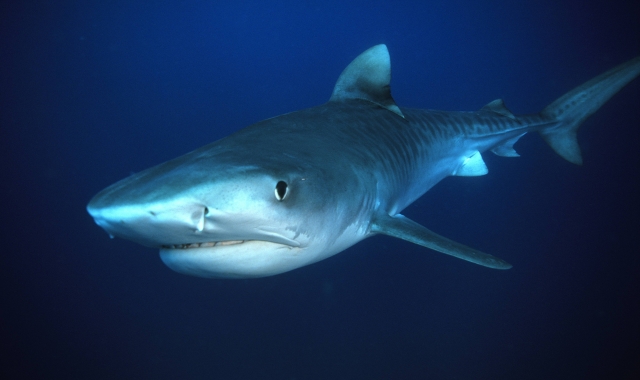 Did you see SHARK? The BBC’s recent sharktastic documentary series on these majestic creatures has got the office thinking about where our favourite shark diving destination would be. Read on for the Regaldive Team's top six spots to encounter sharks around the world.

John Butland would choose Malapascua Island in the Philippines, saying “I would love to dive here because it is one of the few places in the world where I can see the very rare Thresher shark. Shark lovers can also twin Malapascua with Cabilao, which offers some fabulous sites for seeing schools of Hammerheads too.”

Having recently returned from the Bahamas, Simon Slater highly rates it for sharktastic sightings: “In the Bahamas, shark encounters are typically up close and personal. On my dives I saw Caribbean reef sharks, lemon sharks, nurse sharks, bull sharks, great hammerheads and tiger sharks. Diving the Bahamas would satisfy even the most ardent shark lover!”

Andreas Elia would love to be in a cage… surrounded by Great Whites! “Two hours east of Cape Town, Dyer Island is one of the best places in the world to encounter great white sharks, and cage diving with the world’s greatest predator would be the thrill of a lifetime...”

Having spent some time living in Egypt, Helena Nawaar is perfectly placed to rave about shark encounters in the Red Sea, saying: “The Egyptian Red Sea offers a huge variety of potential shark diving locations ideally visited by liveaboard, including The Brothers, Daedalus, Rocky and Elphinstone, where divers frequently encounter Oceanic Whitetip, Thresher, Hammerhead and Grey Reef sharks. I would advise all divers to visit the stunning Red Sea before all other destinations.”

Do you agree with our selection or is there a destination you would prefer to dive with sharks? You could also consider Palau, Sudan, Fiji, Malaysia or the Maldives. Why not email us your suggestions?

Sharks: Wonderful Beasts and Where to Find Them

Best Locations for Shark Encounters in 2017

Dive with the Bulls!

The Greatest Shoal on Earth